The sun shone and around 30 spectators turned out to watch the finals of the this year's knockout competitions, whilst being plied with cream teas by Jenny Worth. Unfortunately only 4 of the 6 finals could be played as competitiors in the girls singles and ladies plate competitions were not available to play that day, those matches will be completed the week after Finals Day. Nevertheless, those present enjoyed some high quality matches in very pleasant surroundings. 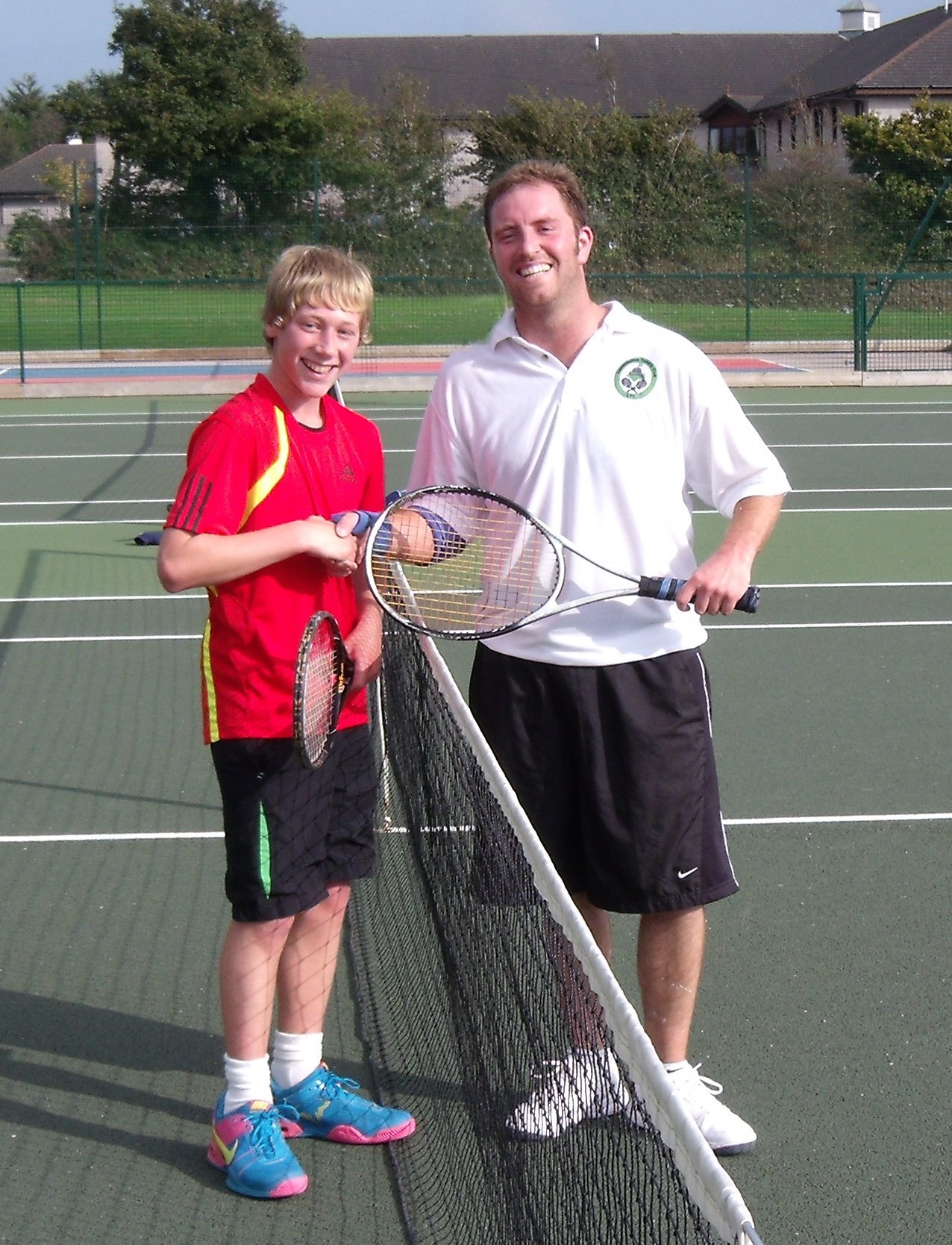 The Worth brothers' stranglehold on the Launceston Mens Singles title was finally broken by Jake Horton. The talented 14 year old had accounted for Kevin Worth in the semi final and he repeated the feat in a high quality final against Graham Worth.
Jake raced to an early 4-1 lead in the first set, before Graham found his form to pull the score back to 4-4. Graham saved 3 set points at 5-6 to take it to a tie break. Jake played an excellent tie break and took the set on his 5th set point. At this point Graham had a mountain to climb against the super-fit teenager and he soon fell behind in the second set. At 5-2 up Jake seemed home and hosed, but one more push from Graham saw him fight back to only 5-4 down, with 2 break points to come on the youngster's serve. Just when it seemed the tide had turned back towards Graham, Jake held firm and closed out the match 6-4 in the second set.
Result: Jake Horton bt. Graham Worth 7-6(4), 6-4 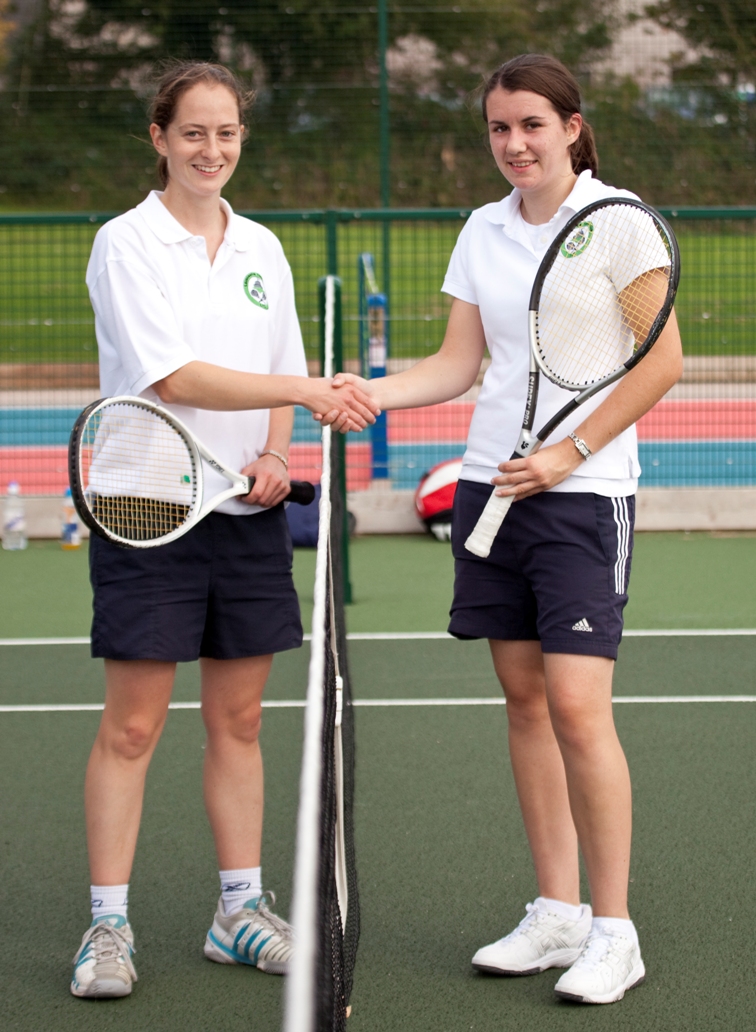 Sarah Statton continued her dominance of the Launceston Ladies Singles title, with a comfortable victory over Hayley Frayn in the final. Going into the match there was a feeling that Hayley could push Sarah all the way, as they had had a very close match in the semi finals last year. Sarah got off to a great start though and Hayley was on the back foot from the word go. Before she knew what had hit her Hayley was 6-0, 2-0 down. Credit to Hayley, she won 2 of the next 3 games to trail only 3-2 in the second set, but any hopes of a comeback were extinguished by Sarah's continued high level of play, resulting in her 9th consecutive ladies singles title.
Result: Sarah Statton bt. Hayley Frayn 6-0, 6-2 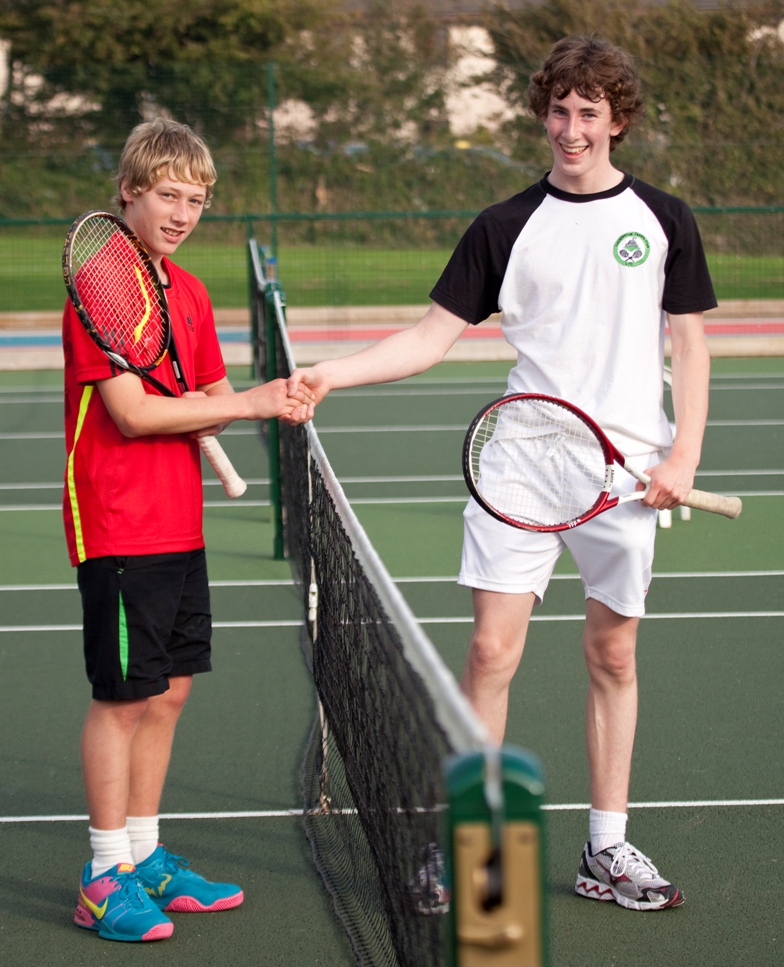 Jake Horton played in the boys final only 5 minutes after completing his victory in the Mens Final. He showed no signs of tiredness though, racing through the first set 6-0 against David Forshaw. David played much better in the second set though and at 2-2 the match was well and truly on, with Jake showing signs of frustration with his form. From that point on though Jake stepped up a gear and closed out the set 6-2, to complete the Finals Day double.
Result: Jake Horton bt. David Forshaw 6-0, 6-2 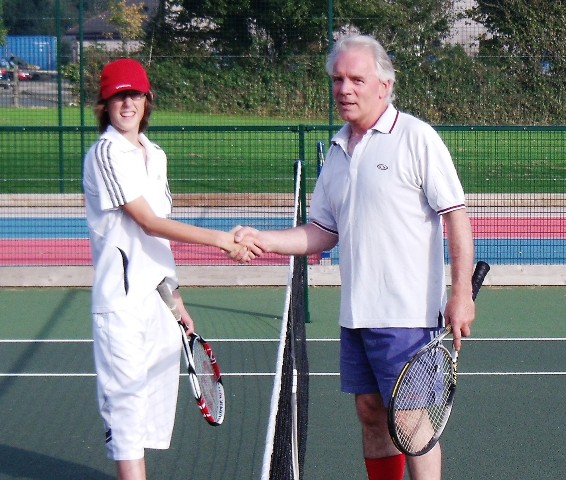 Chris Stanbury managed to coax his injury prone body through 2 tough sets against young Luke Roberts, to once again get his name on a Launceston Tennis Club trophy. Despite taking advice from fellow members to "take it easy" and "play within yourself", Chris tried his normal approach of thrashing the cover off the ball and rushing the net. These tactics worked on this occasion as Luke struggled to get the ball past Chris at the net. Luke shouldn't be too disappointed though as he has improved greatly over the past year and will have many more chances to win trophies in years to come.
Result: Chris Stanbury bt. Luke Roberts 6-1, 6-4.