Around 25 spectators turned out on a dry, but breezy and chilly autumn day to watch the finals of this year's knockout singles competitions.

The only match which couldn't be played on the day was the Girls singles final, as one of the finalists was away. Once again Jenny Worth kept the crowd supplied with cream teas. 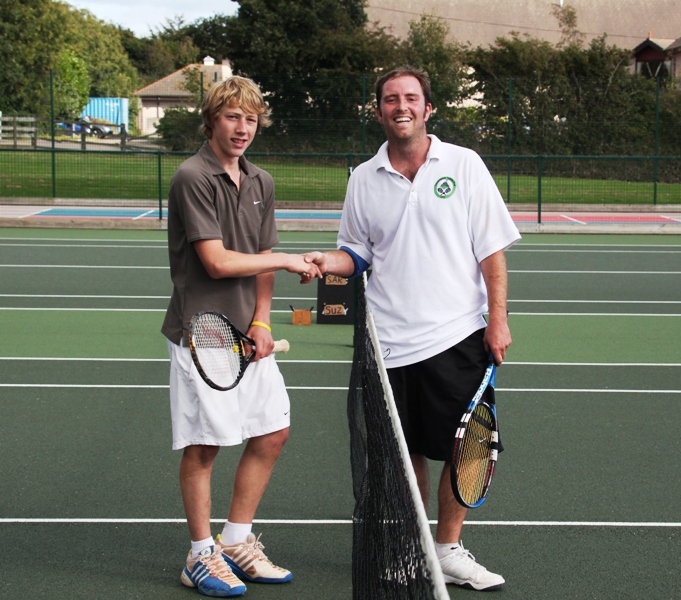 In a very high quality, hard hitting match, Jake Horton showed how much he has improved over the past year to beat Graham Worth and retain his title, with a much more comfortable scoreline than last year. Graham threw everything into the match and even managed to go through 3 tennis rackets, but to no avail as Jake always seemed to find one extra shot, including some superb passes and lobs.
Result: Jake Horton bt. Graham Worth 6-2, 6-1 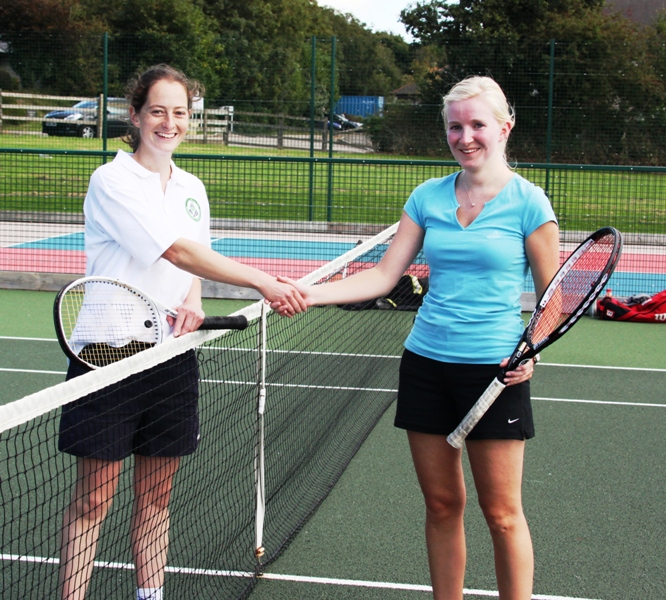 Sarah Statton made it 10 consecutive Ladies Singles Titles with a convincing win over Lucy Colville. Lucy had made the brighter start to each set, but Sarah's accuracy, depth and heavy topspin saw her overturn these early deficits to cruise to a 6-1, 6-1 victory.
Result: Sarah Statton bt. Lucy Colville 6-1, 6-1 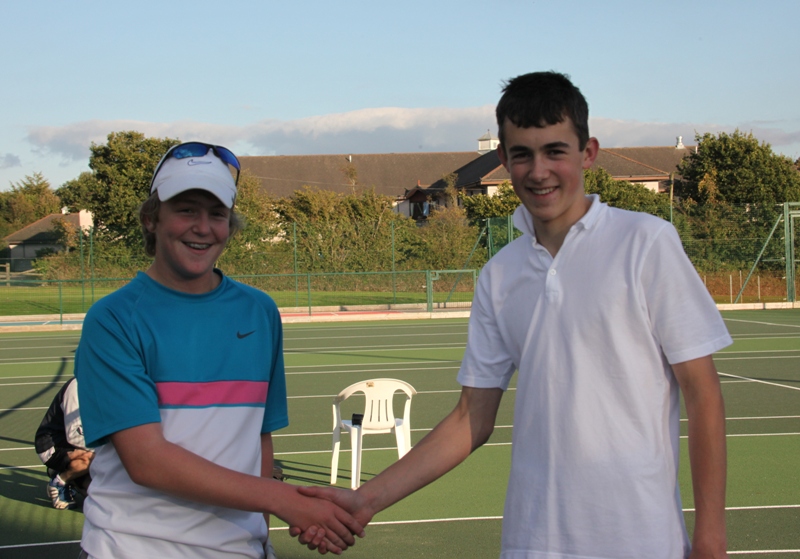 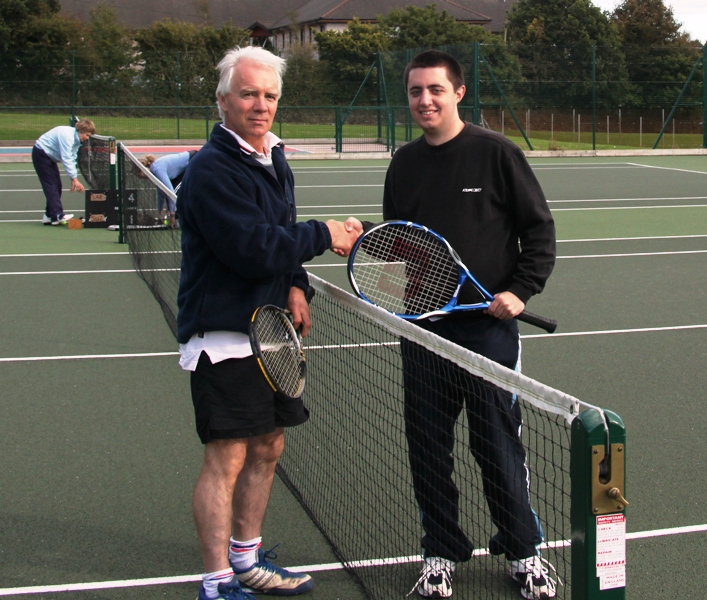 Adam Baker showed real fight to come back from a 4-1 deficit to Chris Stanbury in the second set after losing a close first set to win the Mens Plate competition. Chris seemed to be on course to retain his title from last year, but Adam stepped up a gear and won 5 games in a row to take it to a deciding set. From that point on, Adam's younger legs (40 years younger actually!) carried him over the finishing line for a very satisfying comeback win. Chris spent the next few hours rueing his missed chances and wondering how his title had slipped away!
Result: Adam Baker bt. Chris Stanbury 6-7, 6-4, 6-4 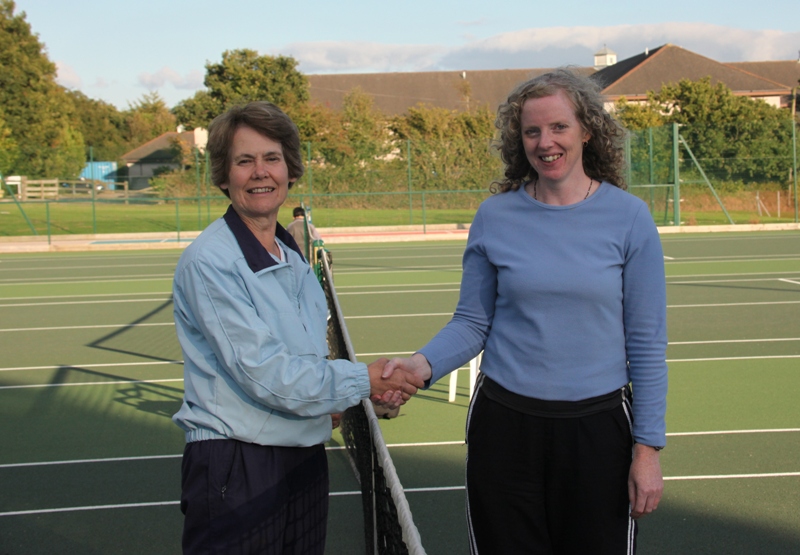