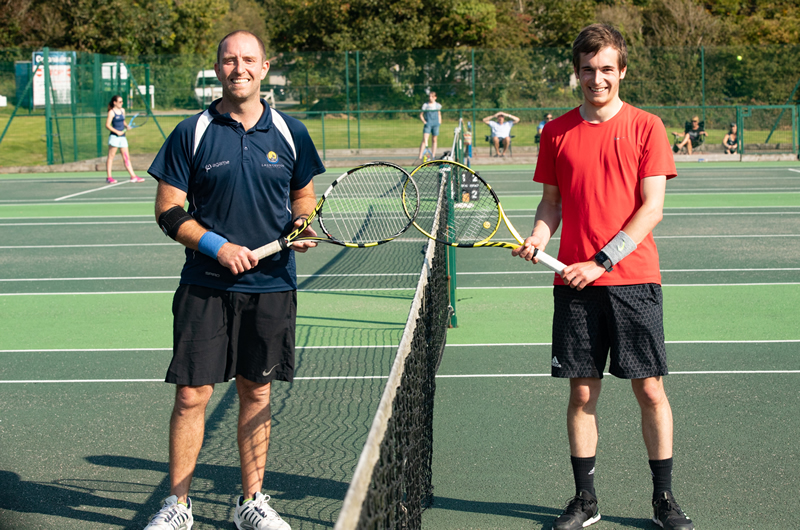 In a repeat of last years final Graham was out for revenge. In a close first set that swung back and forth Henry managed to win a close tiebreak after being 4-5 and 5-6 down. In the second set Graham upped the aggression hitting serval winners and coming to the net to close out points. He took the set 6-1 to take it into a decider. Graham took the early initiative in the final set opening up a 3-1 lead but then Henry’s excellent court coverage enabled him to run off 5 games in a row to retain his title. 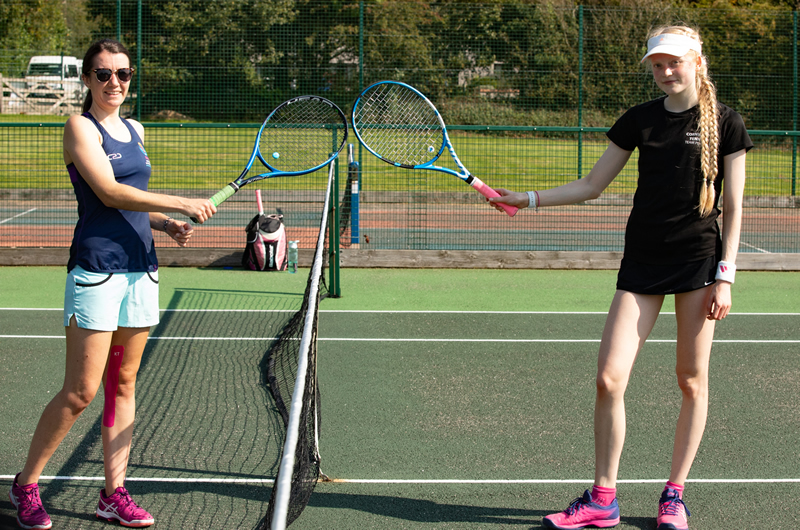 Two new faces were in the ladies final this year with Hayley taking on Aggie. The first set started in cagey fashion with all of the first games going to deuce. Aggie managed to win the crucial points to take the early games and went on to win the first set 6-1. In the second set Aggies powerful groundstrokes provided the difference and she took that set 6-0 to win her maiden ladies singles title. 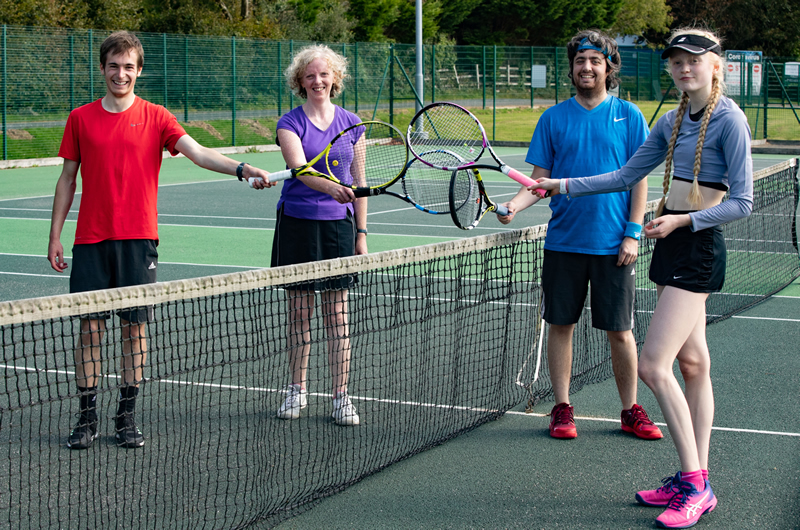 The mixed doubles final saw ladies Champion Aggie partner Adam against Men’s winner Henry and his partner Suzanne. The match featured lots of rallies between Henry and Aggie from the back of the court with Adam and Suzanne mere spectators. In the first set Henry and Suzanne took an early 3-1 lead but Aggie and Adam went on a good run to turn it around and win the set 6-3. The 2nd set went the same way with Aggie’s power and consistency from the back of the court and Adam’s volleying and angles being the difference as they won the set 6-1 to secure the title. 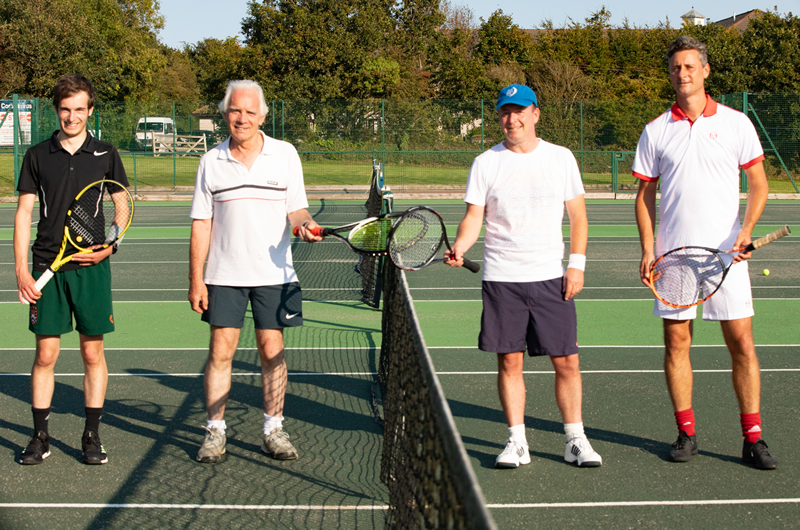 In his 3rd match of the day Henry partnered Chris against Jimmy and Adrian in the men’s doubles final. Henry and Chris sped through the first set taking it 6-0 with Chris rolling back the years, hitting volleyed winners at the net! The 2nd set was far closer with Jimmy and Adrian consistently forcing errors and took them to a tie break. Henry and Chris saved a set point in the tie break and went onto win it to secure the title 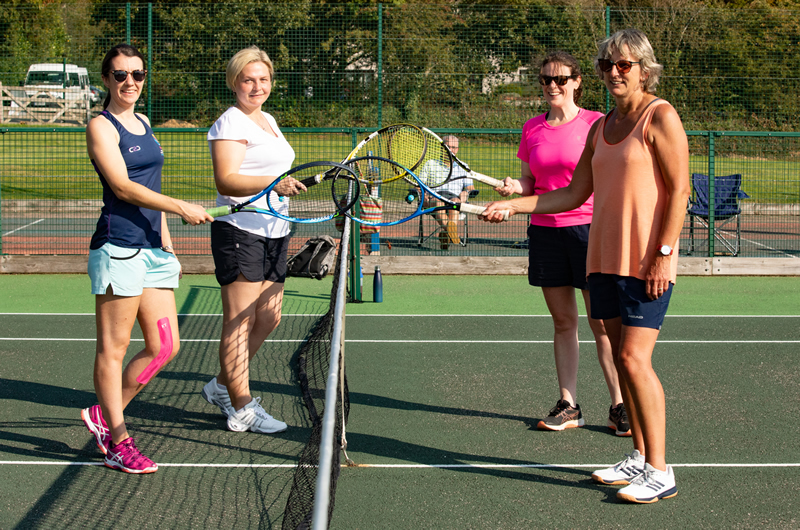 Nicole and Rachel took on Hayley and Tonia in the ladies double final. Both sets produced some entertaining Tennis with Hayley and Tonia’s ability to hit winners and put the ball away the difference leading them to win 6-2, 6-2. 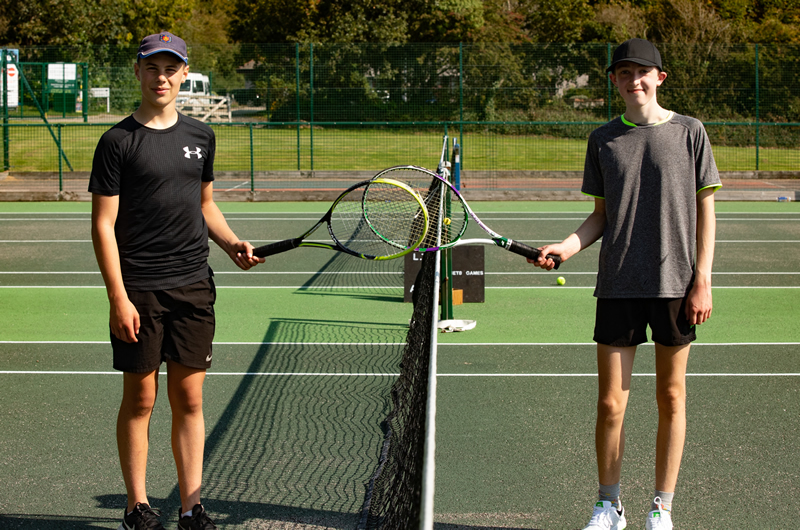 The juniors final saw friends Matt and Ben play against each other. There were several good rally’s and lots of youthful exuberance on show with Matt winning through to take the title 6-4, 6-3. 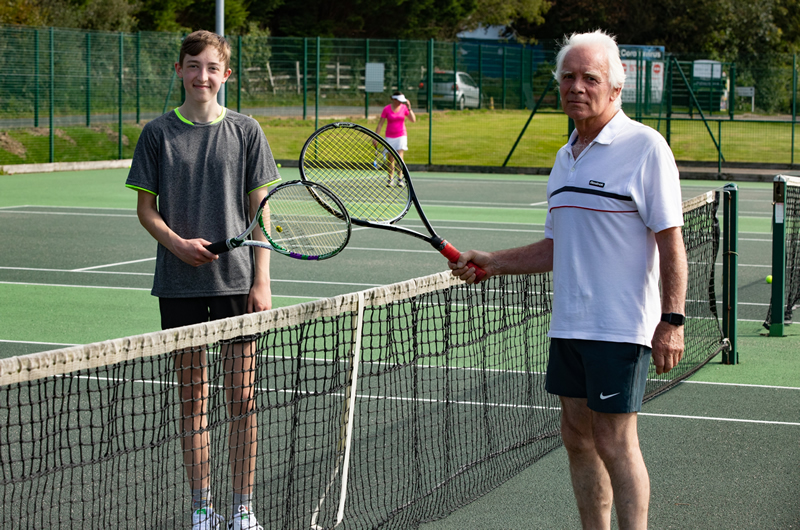 With an age difference of over 50 years the men’s plate final was going to be a compelling contest. Chris went into the match with a plan to beat the juniors champion Matt, however Matts youth and shot making was too much and Matt won 6-2, 6-0. 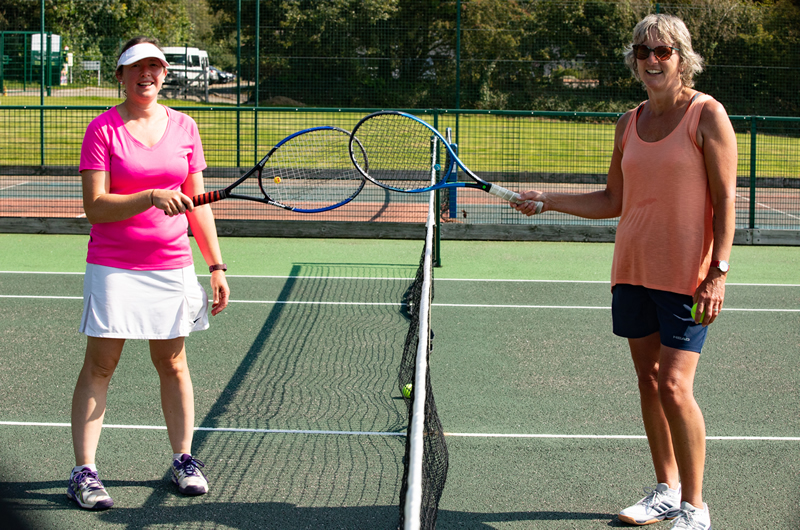 The ladies plate final was the closest of the day with nothing to separate Tracy and Nicole. All the games had long rallies and the match swung back and forth. In the end Tracy came out on top winning 7-6, 7-6 in over two hours!

Thanks again to Adam Baker who arranged the tournament and wrote the match reports and to Jenny Worth for arranging the food,.