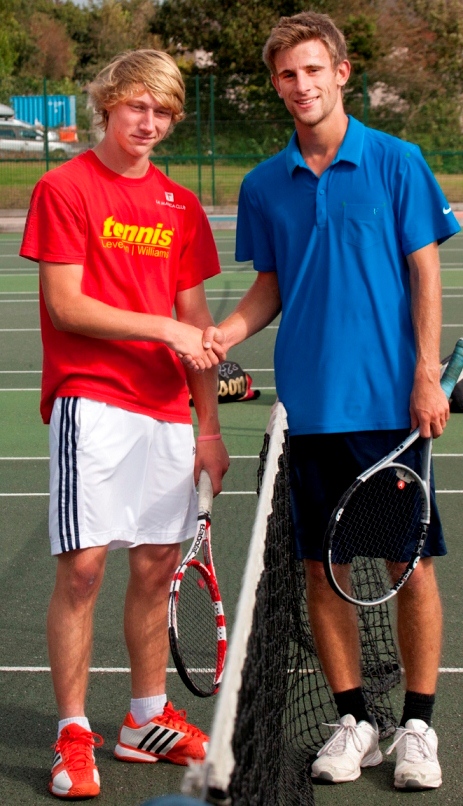 The Summer season has drawn to a close at Launceston Tennis Club with the Finals Day being held recently.

In the men's singles the young pairing in the A team, Jake Horton and Joe Reeve defeated their elder team-mates, Kevin and Graham Worth in the semis to set up an eagerly awaited contest. The many club members and spectators were treated to hard hitting rallies, along with superb volleys, with teenager Jake showing his skill after a season on the tour by winning 6-2, 6-3.

In the ladies' semi-finals the Sandy sisters were given a hard time - Sarah Statton taking the first set against Shannon before losing in three, whilst Hayley Frayn took Tamsin to a second set tie-break. In the final the stronger singles player, Shannon, took the title for the second year in a row winning 6-2 6-0.

Back to the Launceston finals - Shannon and Tamsin battled it out in the junior girls with Shannon again taking the honours 6-0 6-3.

In the boys singles Luke Roberts defeated Henry Cornish in one semi-final, whilst Sam Tucker defeated James Bate. In the final Sam put up a good fight against his older opponent but Luke's extra power and experience proved decisive winnng 6-3 6-3.

The ladies plate was won by Ruth Cornish who defeated Jenny Worth 6-2, 6-3.
In the mens plate Barry Frayn defeated Matt Brookes 6-2, 6-1 in the delayed final.

The September Challenges are taking place on Wednesdays for Businesses and on Fridays for club players - results to follow.