On Sunday 5th July 2009 at 11am sixteen eager Launceston Tennis Club members arrived at the courts for a social tournament. It was a doubles tournament and there were eight rounds of matches. Every competitor was guaranteed an hour of playing tennis (depending on the weather, which thankfully was very kind to us!). Each match would last for ten minutes and the score of the tie-break equalled your points. For example: if the tie-break score was 9-5, then the players who scored nine got nine points and the players who scored five got five points. Two bonus points were also available; if you lost your match but scored three or more points then you obtained two additional points.

The winner of the tournament would be the player who scored the most points and that was Tim Mitchell who scored 99 points. In second place was a new member to the club: Jake Horton with 90 points and in third place with 89 points was David Forshaw. After the tournament thirty tennis club members arrived at the Eagle House Hotel to watch the Men's Singles Wimbledon Final whilst eating strawberries and cream! And what a final it turned out to be!

A big thank you must go to everyone who supported the event, especially Sarah Statton for organising the whole day so well and Eagle House Hotel for providing the venue and delicious refreshments.

Full results are at the bottom of this page. 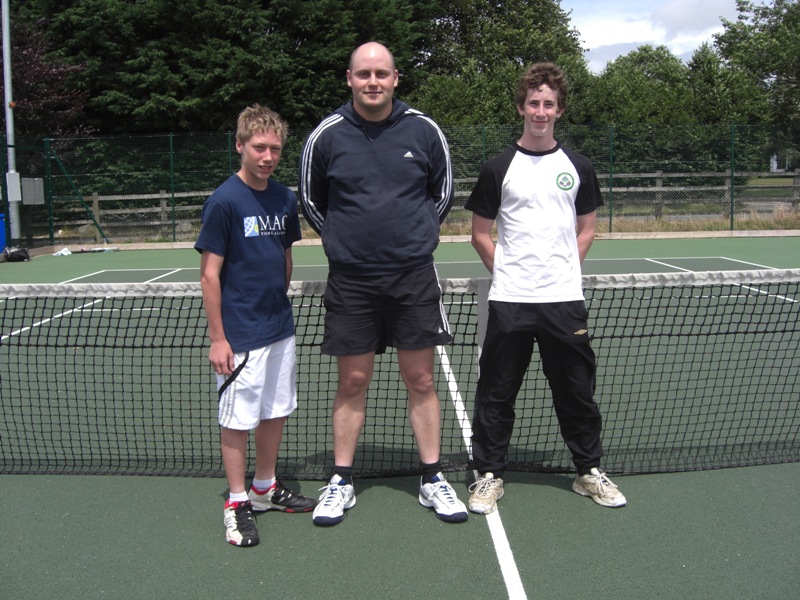