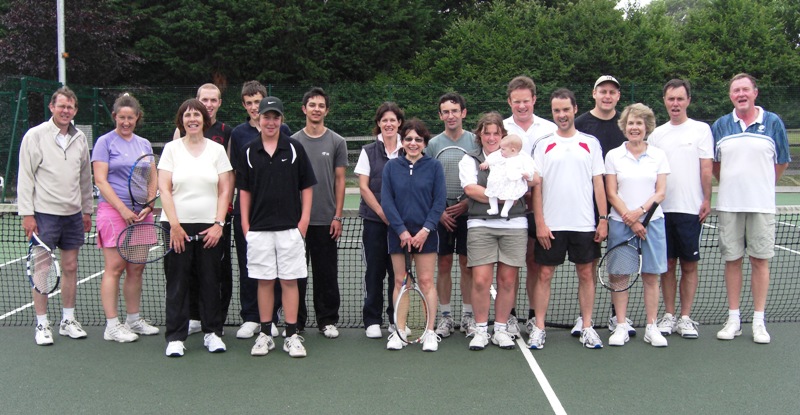 Competitors line up for the obligatory photo after the Wimbledon Social

On Sunday 4th July 2010 seventeen tennis players gathered at the courts (in the drizzle!) to take part in a social tournament. There were seven rounds of twelve minute tie-break format matches.

In order to add some excitement into the tournament in-between each round of matches a Wimbledon-themed question was asked and whoever correctly answered it received five additional bonus points.

The winner of the 2010 Wimbledon Social Tournament was Barry Frayn with 100 points. In second place with 89 points was Alexander Cornish and in third place with 87 points was Rod Wood.

After the tournament twenty tennis club members arrived at the Eagle House Hotel to watch the Wimbledon Final whilst eating strawberries and cream! A big thank you must go to everyone who supported the event.

Note from the club: Thanks to Sarah for organising the whole day so well and to the Eagle House Hotel for their excellent hospitality.